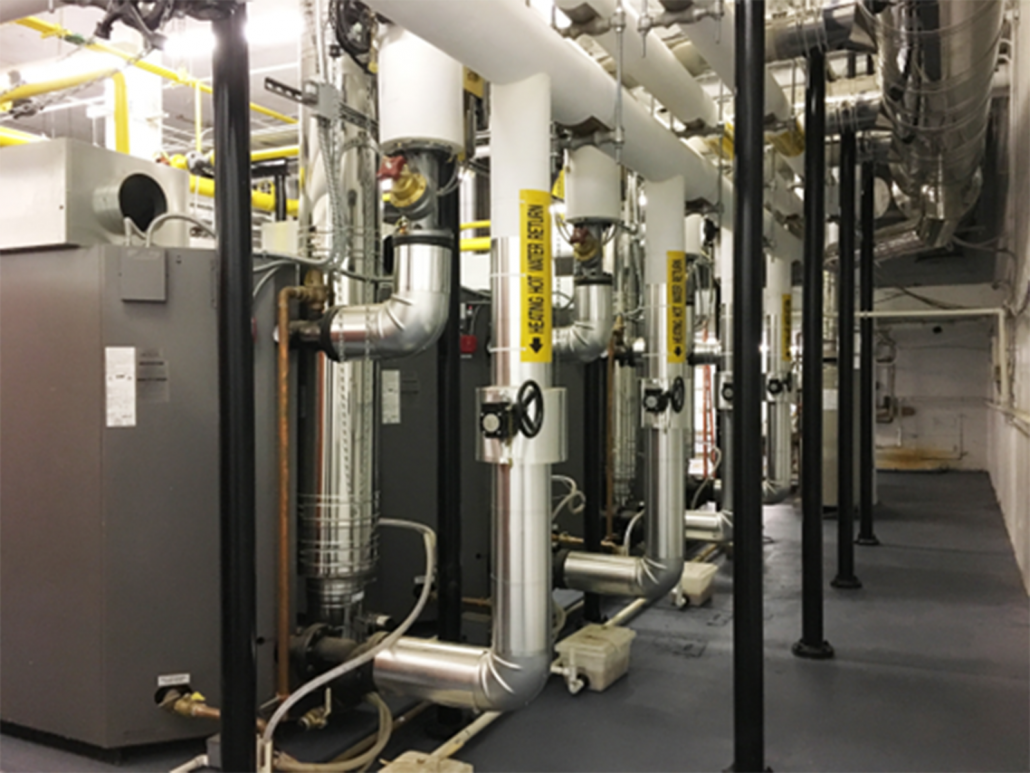 The first phase consisted of designing and constructing an independent heating plant in the 1960s 79,000 SF South Building. This proved to be a state-of-the-art energy efficient boiler plant consisting of a bank of gas-fired modular condensing boilers producing heating hot water. This South building was disconnected from the steam supply coming from the North Building’s steam heating plant. The steam piping in the South Building was demolished and removed and replaced with new heating hot water supply and return piping, essentially looping the building and was then connected to the distribution equipment. This included new hot water unit ventilators (UVs), fan coil units (FCUs), and coils inside existing heating / ventilating air handlers and rooftop packaged HVAC units. The 50+ year old UVs and FCUs were be replaced, while H&V units and RTUs had their steam coils replaced with new hot water coils. RTUs had a glycol solution circulated through them rather than pure water, in order to prevent the potential for freezing and damaging the coils.

A new utility gas service line was run to the building in order to serve the new modular condensing boilers. A new boiler room needed to be constructed in a large Storage/Electrical Room. Combustion air was ducted to the new boiler room, and a new flue was brought from the new boiler room up through the upper floors of the building to the roof. All new equipment was integrated into the Campus’ existing Johnson Controls Metasys system of automatic temperature controls. All of the pre-existing pneumatic controls were removed and replaced with new DDC electronic controls.

The second phase of the project involved the 1929, 100,000 SF North Building. The work consisted of demolishing two (2) large Scotch Marine type low pressure steam boilers and replacing them with a bank of four (4) modular high-efficiency condensing boilers to produce heating hot water instead of steam. The old original steam piping distribution system was demolished and removed throughout the building, yet the original cast iron radiator were retained, and re-piped to handle hot water. Any and all other steam heated equipment in the North Building was replaced or refitted with hot water type equipment and/or hot water coils. All new equipment was integrated into the Campus’ existing Johnson Controls Metasys system of automatic temperature controls. All of the pre-existing pneumatic controls were removed and replaced with new DDC electronic controls. 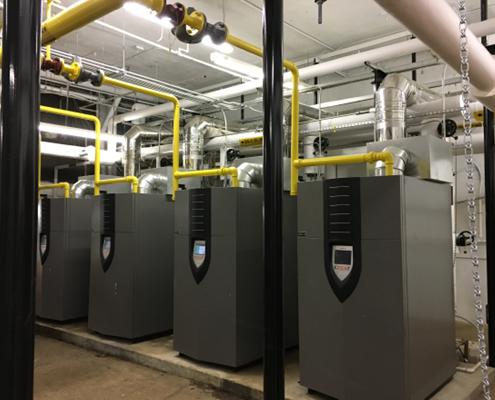 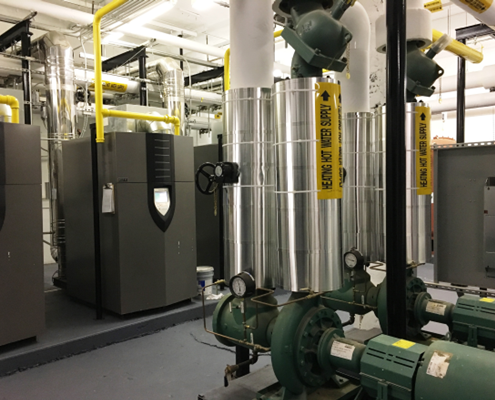 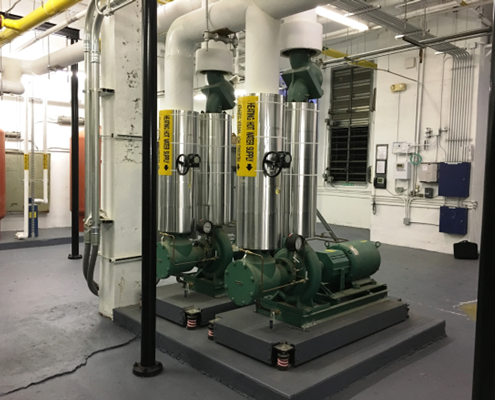