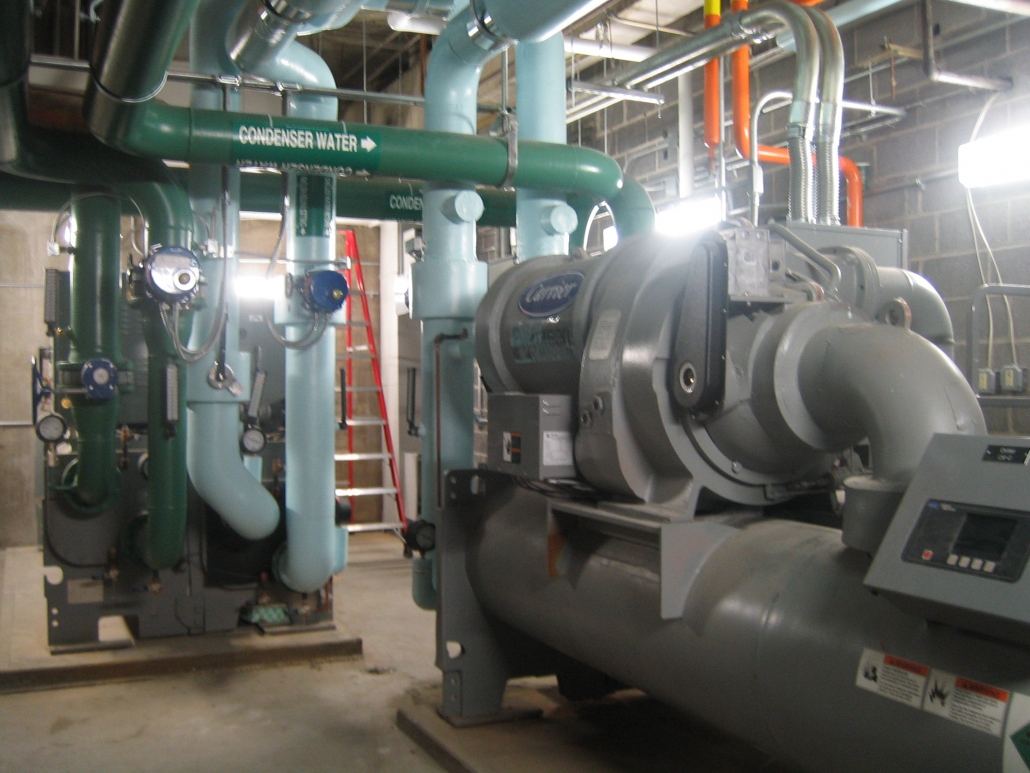 Engineering design for the chiller plant replacements at two (2) large schools within the Yonkers Public School District; Yonkers Middle High School (YMHS) and Saunders Trades & Technical High School. Each of these large multi-story schools are fully air conditioned, yet the systems and equipment have far exceeded their useful lives. Yonkers Middle High School is 272,000 SF in size and includes a Basement level plus two (2) upper floors. Saunders Trades and Technical High School is 170,000 SF in size.

The project included replacement of all equipment and piping in the chiller plants including chillers, chilled water pumps, condenser water pumps, starters, controls, ventilation systems, lighting, and room appurtenances. Also involved is the replacement of roof mounted cooling towers at both schools. Cooling tower support steel on the roofs was modified to include additional steel beams, reinforcing some of the existing steel and thoroughly refinishing the existing steel for better weather protection.

Also at Saunders, an abandoned incinerator was asbestos-abated, demolished, and removed and the room was reused to house the new system’s condenser water pumps. This provided for better system performance due to the pump’s closer proximity to the cooling towers, and further enabled the demolition and removal of a troublesome condenser water storage tank. All new controls in the plants were designed to communicate with a Building Automation System (BAS). The walls and floors of the plants at both schools were thoroughly refinished.  All light fixtures were replaced in the plants. The chiller plants were fitted with refrigerant leak detection alarm and control systems in accordance with ASHRAE Standard 15.  At both schools, selected walls were temporarily opened to allow for the removal of the old equipment, as well as the introduction and rigging of the new. At Saunders, the entire 1st and 2nd floor ceilings were also replaced as part of this project. Phase 2 included air handling units / fans replacement, a new Building Automation System, emergency power system upgrade / replacement, and a fire alarm system replacement at YMHS. 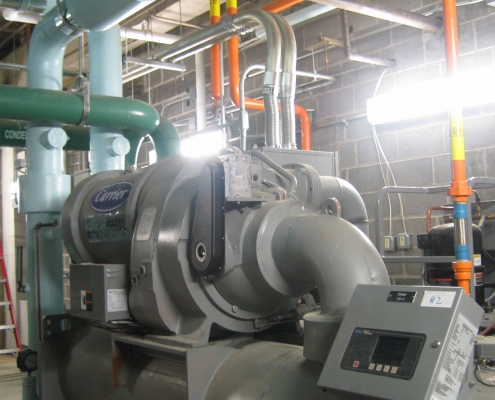 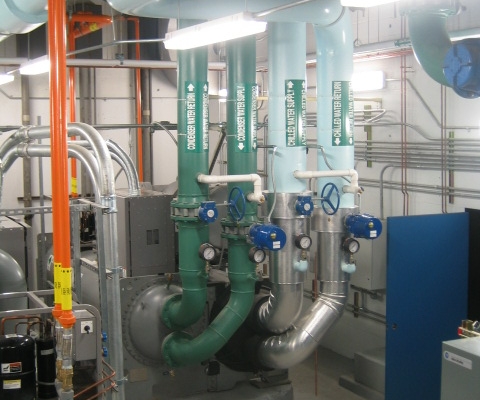 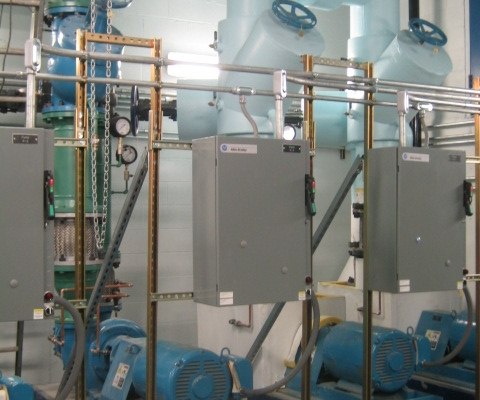 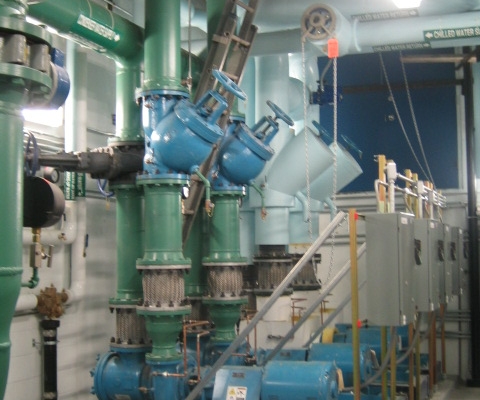 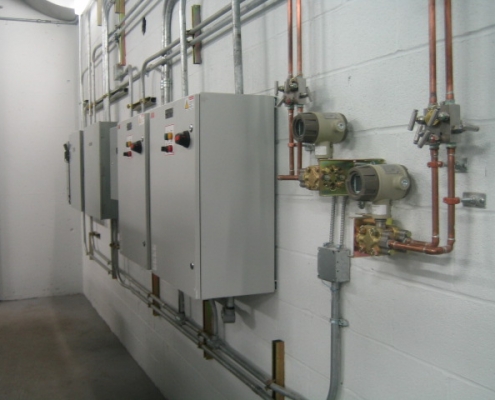 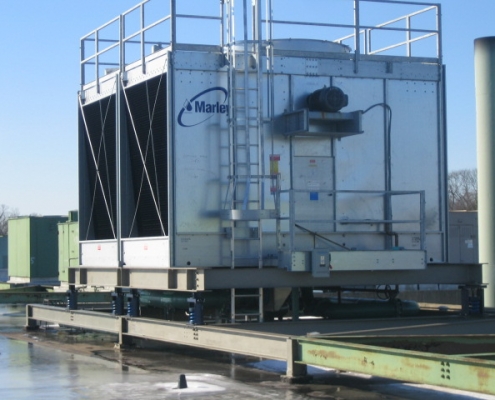 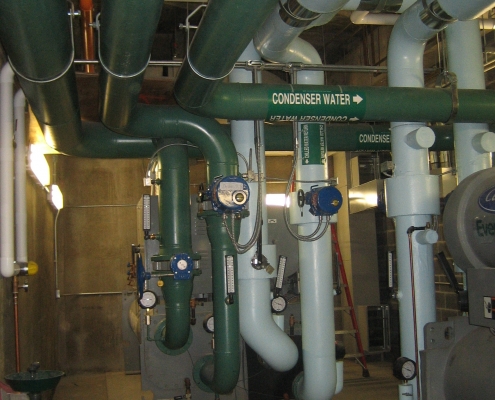