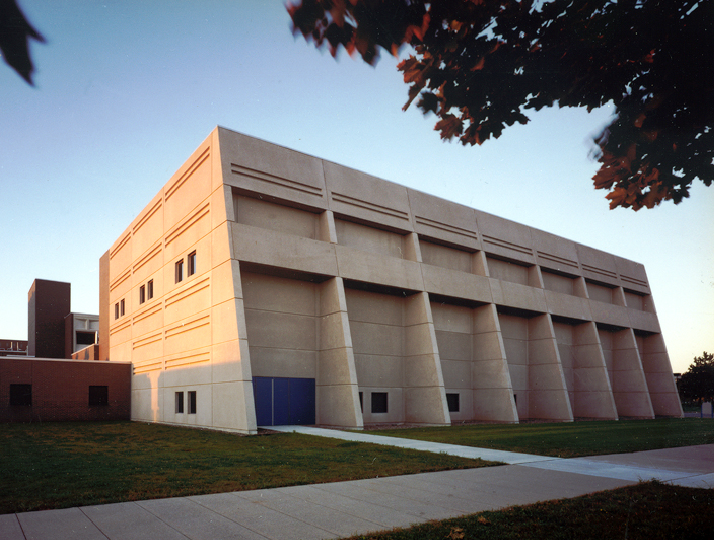 Ketter Hall is a new 35,000 SF modern technical addition to the Seismic Lab and Research Center at the University at Buffalo. It was constructed as a new separate building located adjacent to the existing lab, where some of the mechanical and electrical services were shared.

The facility consisted of a large, industrial type open high bay area with overhead trolley beams used to position samples for testing. The energy used to replicate an earthquake came from four (4) new 400 HP hydraulic pumps and two (2) relocated 200 HP hydraulic pumps, which fed six (6) accumulators under the “strong floor”. The “strong floor” was used to fasten samples, with hydraulic actuators also anchored, causing differentiating stress in the sample to be generated and measured. 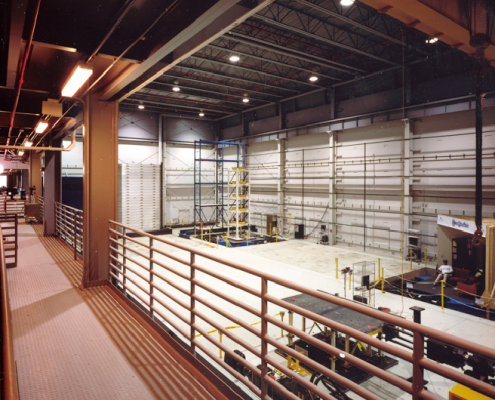 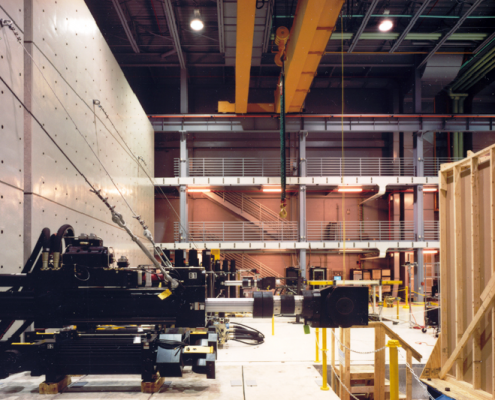 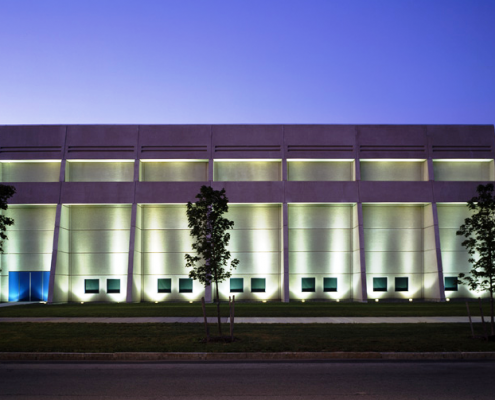